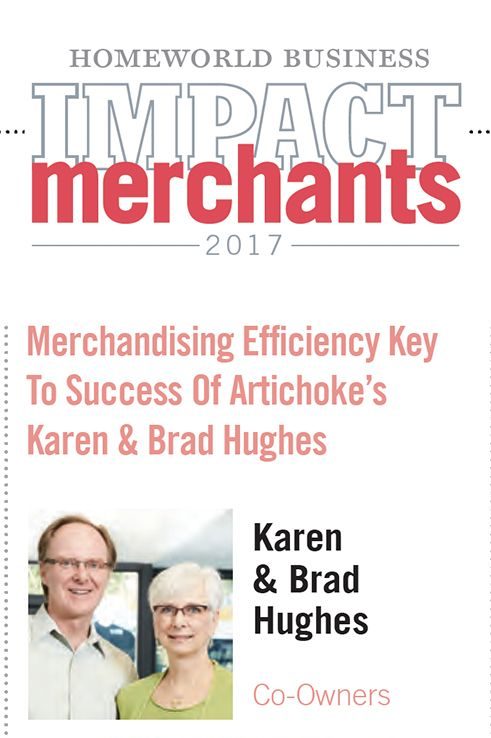 Karen and Brad Hughes of Artichoke were named one of 21 “Impact Merchants” nationally in the July 17 issue of HomeWorld Business. Housewares suppliers, representing the categories that HomeWorld covers, were asked to nominate buyers and merchandisers believed to have made a significant impact during the past year. HomeWorld Business® is the leading business-to-business publication for the housewares industry.

Says HomeWorld Business: “Voters were asked to give added weight to merchandising, creativity, trend and marketing astuteness, openness to risk, flexibility, relationship building, and the ability to deliver a profitable program for both the vendors and retailer while providing value to the customer…These are merchants whose dedication, innovation, and productive track records are difficult to ignore.

“Since opening Cincinnati, OH-based Artichoke in 2016, Karen and Brad Hughes have quickly made an impact on the gourmet retail community and beyond. The store’s modern, clean aesthetic and design-fueled approach to merchandising, has earned it accolades in the gourmet retail industry and beyond. It is for this reason and more that several kitchenware vendors nominated the duo as a 2017 Impact Merchant.”

Read what HomeWorld Business has to say here.